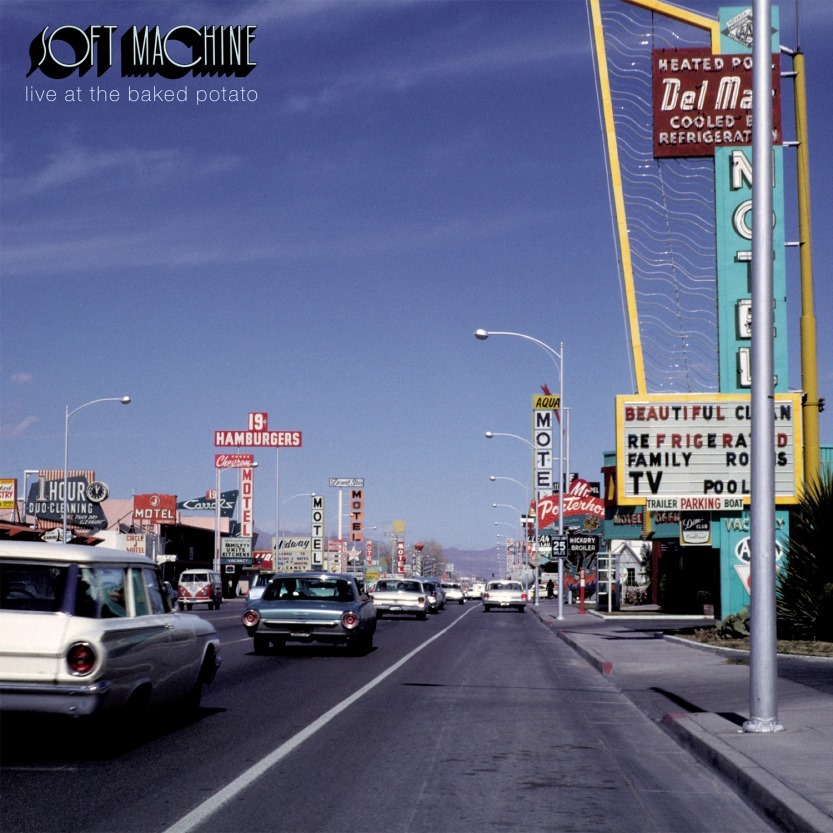 6 ) THE TALE OF TALIESIN (Jenkins)

SOFT MACHINE - Live at the Baked Potato.  A CD edition of this 2020 release is now available for Pre-order. The album was released in the UK and Europe on 3 July 2020.

In 2018 Soft Machine released their first studio album under the original name in 37 years called 'Hidden Details'. In support of this widely acclaimed and heralded album, John Etheridge (electric guitar), Roy Babbington (bass guitar), John Marshall (drums) and Theo Travis (saxophones, flute, Fender Rhodes piano) toured the world during 2018 and 2019. A live album from this extensive tour recorded at the Baked Potato, Los Angeles, USA on 1 February 2019 is released now on CD on John Etheridge’s DYAD label and in the USA and Japan on Moonjune records. The album was initially released as limited edition 2LP with only 200 numbered copies each on transparent, blue and marbled vinyl.  A few copies are still available from this same page.

Mixed and mastered by Andrew Tulloch, at the Blue Studio, London.